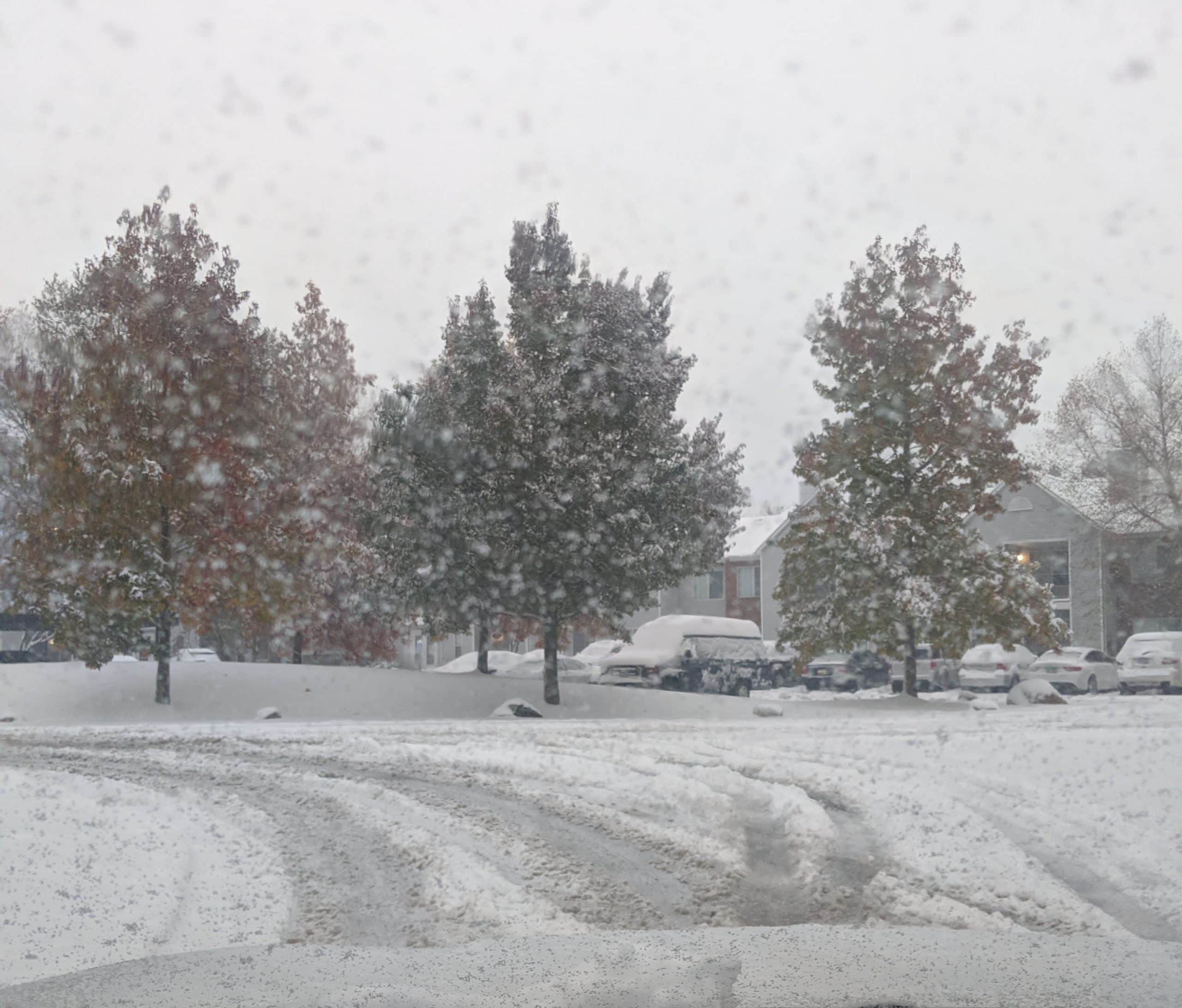 Since January I had been telling myself I was going to go somewhere on Vacation. I kept looking at flights and Hotels in the Sunshine State of Florida but couldn’t bring myself to book anything because of the cost of Hotels per night. After almost two months of telling myself I deserved to go somewhere I decided I could spend the money on doing something around my house for long term satisfaction rather than short term and gave the vacation dream up, then two weeks ago I was asked to up north snowmobiling. I have never been the biggest fan of snow but…

I was so ready for a getaway I said yes.

We traveled from the South of Michigan Crossed the Bridge of Mackinaw and made our way to the Upper Peninsula.  It was late when we got to our cabin so I didn’t really get the best view of where we were.  When I woke up the next morning with a View of Lake Superior I was in AWE.  Then I read my devotion for that day and part of it said; “I poured out My Life like a drink offering.  Because giving is the inherent in MY nature, I search for people who are able to receive in full measure.  It also said I needed to be receptive and attentive.  Being Receptive to be filled with HIS abundant riches and attentive, directing my gaze to HIM.  I told myself that morning, “I’m in the biggest nature part of our state and I am going to receive all that HE has for me”.

I didn’t realize the “Hidden Treasures” of our state.

In the days to come I stayed in AWE while we followed the snowmobile trails as it overlooked Lake Superior and I was memorized by the beauty of it.  On the way home it was the same way for me as we drove alongside the bluest water of Lake Michigan as the Sun Beamed down on it.  I kept saying I didn’t know what a hidden treasure our State of Michigan really was.  I watched the sunrise and sunset like I never have before.

Do we even realize what “Hidden Treasures” surround us on a daily basis?  Are we being receptive and attentive to who HE really is?  You see I said I’ve never been a big fan of snow but in the beauty of what God provided I was captured by the “Hidden Treasures”  The Bible says:

I will give you hidden treasures, riches stored in secret places, so that you may know that I am the LORD, the God of Israel who summons you by name

The kingdom of heaven is like treasure hidden in a field.  When a man found it he hid again, and then in his joy went and sold all he had and bought that field

He will be found by you!

Thank you Lord for being My Comforter, Provider and Healer and all times.  I pray for every individual that is reading this blog that they will find every “Hidden Treasure you have for them in this Life and that they will allow your presence to dwell in them daily.

I ask this is Jesus Precious Name, Amen!

Kimberly Ruiz is a lifelong resident of Monroe MI and has been working in her community since 2002 advocating for the under resourced.  She is currently employed at Oaks of Righteousness Christian Ministry as the Case Worker for the Homeless Shelter and has established her own Business Called CommonGround Connections which focuses on follow –up programs along with life skills on Maintenance and Prevention. Kimberly is a Mother of three Adult Children:  Carina, Justice and Jason and currently has three Grandaughters:  Ava, Lorelei and Liana. She attends Oaks of Righteousness Church and sings on the Praise and Worship Team and Dances for the Dance Ministry. Kimberly  Loves Life and try’s to enjoy all that God has blessed her with to the fullest.